To inspire the creativity, confidence, and character of every young person in our community.

We believe that every single young person in our community would benefit from SPARC programs. We are committed to improving the life of every young person in the Richmond region through high-quality, culturally relevant, and innovative programming. We will serve more students in the future by continuing the excellent programs already in place; refining the cultural relevancy of our curriculum; leveraging partnerships and relationships to reach new, diverse student populations; and continually evaluating whether each of our programs is accepting of all students.

We acknowledge that, as a result of societal inequality, some youth have more barriers to participation than others. We are dedicated to lowering/overcoming these barriers for young people with disabilities, persons of color, LGBTQ+ youth, English language learners, youth from low-income families, and other underserved youth.

SPARC is positioned to expand its work in this way because we have a proven track record of innovation in arts education, and we know from experience how transformational it can be for our community. Through our innovative approaches to arts education, SPARC is poised to help the Richmond community address issues of inequity, social injustice, discrimination, and other negative societal forces that challenge every community.

We believe in leading the individual on a personal journey to grow and develop what’s already inside them.

We practice compassion, acceptance, respect, and empathy in everything we do. All are welcome here.

Through performing arts education, we help students learn life skills that will help them be successful.

We are a family here. We share experiences, we encourage one another, and we practice inclusion through teamwork and collaboration.

We always focus on the positive and bringing out the best.

We believe in the power of innovation, individuality, and creative expression.

We will be much more than teachers, providing strong mentorship and caring guidance for our students.

SPARC Faculty, Staff, and Board 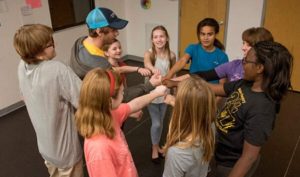 SPARC’s faculty — teaching artists, directors, designers, special educators, and technicians — represents some of the most acclaimed and sought-after professionals in the region. Specializing in a wide range of artistic disciplines, SPARC’s faculty lead programs from early childhood through pre-professional performance, and everything in between.

Highly qualified and experienced in the arts, many of SPARC’s faculty are seen frequently on stages around the region, including at virtually every professional theater in the area.

But just as importantly, every faculty member is chosen because they align with SPARC’s student-centered values, including personal discovery, optimism, real-world preparation, empathy, and resourcefulness. Our faculty are engaged in long-term relationships with our students, helping them to achieve success on stage and in the broader life beyond.

Simply put, SPARC’s faculty make magic happen in the lives of our students.

The following goals and strategies detail the areas in which we most need to focus and invest during 2017-2020 in pursuit of our vision. These strategic initiatives will help to sustain and enhance the excellent, life-changing programming already underway, while also opening doors to new opportunities for the youth of our community.

* Strategic and tactical implementation steps to infuse these goals throughout all SPARC programs and operations are forthcoming. If you are interested in more information about SPARC’s Strategic Plan, please contact Ryan Ripperton, Executive Director and Chief Inspiration Officer, at RRipperton@sparcrichmond.org or 804.353.3393 ext. 225. Since its founding in 1981 by Richmond actress Jeri Cutler-Voltz, SPARC has grown from a handful of students and teachers to a national player as a provider of community-based theatre arts training for young people. Jeri’s vision was to train young actors to become “triple threats” accomplished in acting, dancing and singing. Today SPARC provides training each year for more than 3,000 young people throughout the region and statewide.

Beginning with a single class of a dozen teen students, SPARC added classes for younger students in 1983, a variety of outreach programs in 1984, and production opportunities in 1985.

Incorporated in 1984 as a 501(c)(3) non-profit, SPARC offers scholarships to students who might not otherwise be able to afford its services. In 1985, SPARC brought training into neighborhoods at youth centers and after-school enrichment programs.

In 2010, Ryan Ripperton was named Executive Director following a national search. Ryan is SPARC’s third executive director in its almost 40-year history. With his administrative, educational, and performing arts experience, Ryan is leading SPARC to diversify its programs and extend its reach throughout the community. Under Ryan’s leadership, SPARC’s exceptional staff — all leaders in their respective fields — have launched groundbreaking new programs, built broad community partnerships, completed a multi-million dollar capital campaign, and updated SPARC’s branding and use of digital communications to fully engage the region in SPARC’s mission.

From its earliest days, SPARC promised that no child would ever be turned away because of inability to afford tuition. This covenant is still honored 36 years later, with more than 150 children (10% of its student population) annually participating in SPARC’s classes assisted by free or reduced-price tuition.

In 2003, SPARC inherited a nationally renowned high school playwriting program from Theatre Virginia, New Voices for the Theater. Each year, over 150 high school students across Virginia submit original one-act plays for adjudication, and the top eight playwrights are invited to Richmond for two weeks in the summer to reside at VCU, hone their craft under the guidance of a professional playwright-in-residence, and ultimately have their plays staged by professional actors and directors in front of a live and enthusiastic audience.

In 2012, SPARC debuted an innovative pilot program, Live Art, which brought inclusion to the spectrum of performing arts programs offered by SPARC. Following a wildly successful pilot and a feature-length documentary film, LIVE ART has grown into an annual program serving more than 200 students aged 9-21, half with disabilities and half typically developing. Acceptance, compassion and empathy are core values of the program, and the large audiences and innovative reputation of the program have added significantly to SPARC’s community reputation.

SPARC fulfilled one of its most urgent goals in 2009, when it purchased the building at 2106 North Hamilton Street in Richmond. The organization transformed the 14,000-square-foot facility into class studios, a black-box theater and administrative offices. Debt-free ownership was achieved in 2013, and fundraising continued toward a final capital campaign goal of $6.0 million. Final renovations have just been completed to add two additional studio teaching spaces, an elevator, and making the facility fully handicap accessible. 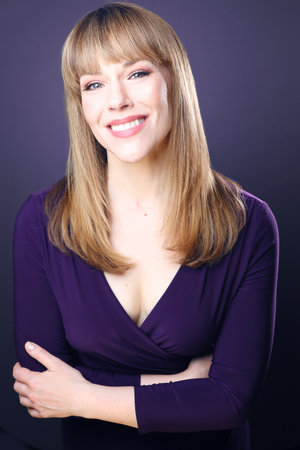 “SPARC was a wonderful, nourishing training ground for me as a young performer in Richmond. I looked forward with huge anticipation to my weekly class, where I received encouragement and enthusiasm as well as useful, detailed, caring instruction from the passionate teachers. I’m truly proud to be associated with this lovely school and am grateful to this day for my experience as a student within it. I look forward to seeing SPARC blossom even further in the future!”